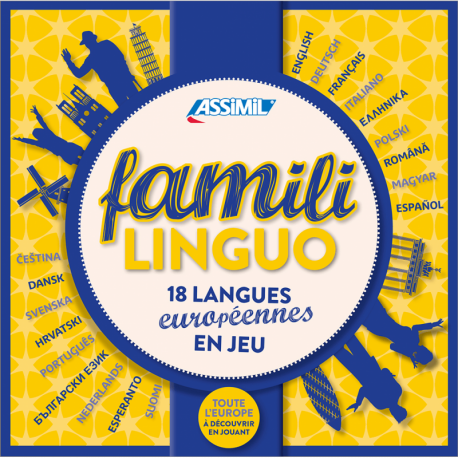 Learn European languages (and even Esperanto) with this game inspired by the popular Happy Families!

Are you hopeless at languages or a seasoned polyglot? No need to panic, everyone can play and learn common expressions with ease in the 18 languages available.

This product is no longer in stock

Would you like to ask a question about one of our products?

Would you like to see our products in a shop?

Would you like to find out more about our method?

Find out about Assimil

Receive our latest news, information on new publications and tips by email.