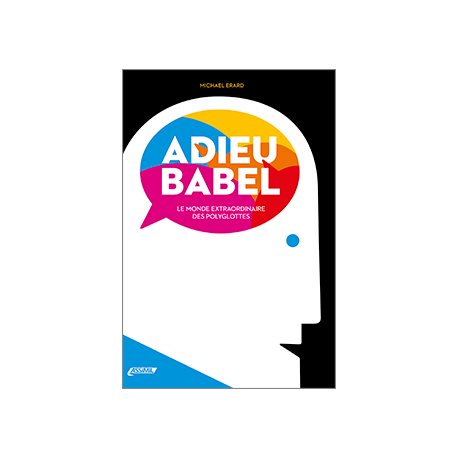 Multi-linguism is increasing everywhere. In Africa, Asia and other parts of the world, multi-linguism is the rule rather than the exception. Alongside this cultural phenomenon, some choose to learn several foreign languages. Adieu Babel (Babel no more) is the first book taking a look at these fast learners, also known as hyperpolyglots (polyglots who speak more than six languages).

In this essay, Michael Erard sets out to study the top learners of foreign languages. In Bologna, he investigated the case of Cardinal Mezzofanti, who apparently spoke 72 languages in the early 19th century. Myth or reality? Is it possible to speak that many languages? And to what level? In Mexico, India, California and Belgium he met specialists in language-learning, speakers of many languages and hyperpolyglots. What does it take to speak many languages? Is learning an equal-opportunities activity? Do you have to start early? How important is memory? What methods should you use? Calling on neuroscience, didactics, linguistics and psychology, Adieu Babel (Babel no more) attempts to answer these questions and many others, in the largest study ever undertaken on the hyperpolyglot phenomenon.

You can read this digital book on most tablets, except Amazon Kindles.

This product is no longer in stock

Would you like to ask a question about one of our products?

Would you like to see our products in a shop?

Would you like to find out more about our method?

Find out about Assimil

Receive our latest news, information on new publications and tips by email.